With a good weather forecast we started the race weekend on Friday with the free practice, during this day we worked hard together with Jan Daems to find the right racing set-up for the weekend.

At the last stint we brought all test together and could show the fastest lap on the screen, this was promising for Saturday,….

With the free practice Nick was able to show the 3th place and he qualified as 4th for the race with exact the same time as Ilian Bruyneels,….

Race 1, Nick had a good start and could work himself to the second position, During the race Dylan Cleeren could make pressure on Nick and in the 8th lap he saw his opportunity to pass Nick,… Nick was able to stick to Dylan’s bumper and wanted to place the attack on Dylan in the last curve before start finish, but Dylan could just stay in front of Nick, it was a very fair and nice race between the 2 of them,….

Race 2, Once again Nick proofed that he can start very good and from P3 to P1, but Glen van Berlo kicked Nick from the track and both had to continue the race from the Back,…. Nick did not give up and fight himself to the 5th position.

Nick qualified on the 5th position, it was a bit colder than expected and he could not get his engine on the right temperature to get all power out of it,….

Race 1 , Nick agin proofed his reputation being a good starter, so he was after the Paul Lemmens cure on P2, but by turning in to the Europalaan he goes to wide and some pilots could take advantage of it,… at the end of the Europalaan Nick was just behind Luca Leistra who made a steering mistake and spanned Nick was hit and had to leave track to avoid the track,… for that he received a penalty of 5 seconds, Nick ended this race on the 6th position but after the penalty he was on P10. After the race we went to the stewards and reviewed the the video, everybody agreed that it was a race incident and no one to blame, so they told us that the penalty would been removed, however once we closed the door they changed their mind and without warning they again gave the penalty to Nick,….

We have spent a lot of discussions reviewed the video, everybody agreed that Nick wanted to avoid the crash, but because of only one person they just set back their mind,.. .

So race 2 P10, Nick started the race with the spirit of I will not let my weekend being ruminated by this unfair penalty, so start has been given and nick moved up to P7, Nick worked his way up to P3 in lap 10, shortly Nick could pass Xavier Handsaeme but he countered and Nick stacked at his bumper until the end of the race and finished op P3.

Event result P5 where it should have been at least P3 if this penalty would not have been given,….

It was a very good race weekend, the speed was OK Nick could show a lot of overtaking actions, and if there were not that many incidents durig the race it could have been even a better result,… but like they say its racing,… and that is a part of it,…

Many thanks to Jan and Karel Daems and all other members of the Daems racing team for their great support, the supporter at the track and on the screen (mylaps.com), Oswald for the nice photos and all the others I forgot to mention.

Congratulations to my team mates Max Timmermans with the victory in the Seniors and Danny Kroes with second place in the Juniors,…

Up to the next race, looking forward to it. 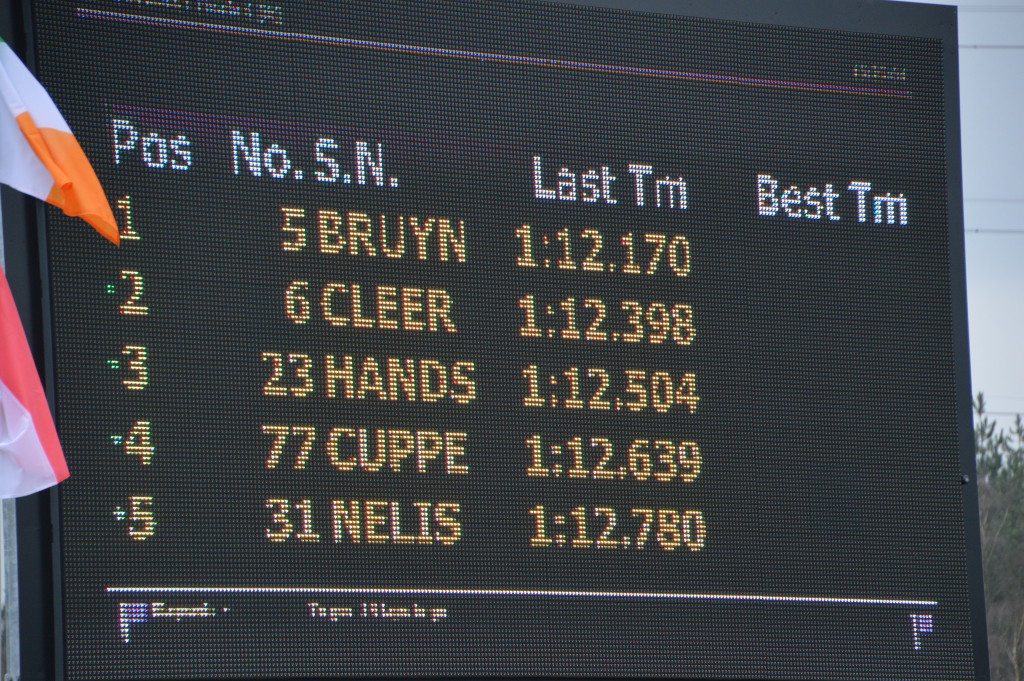 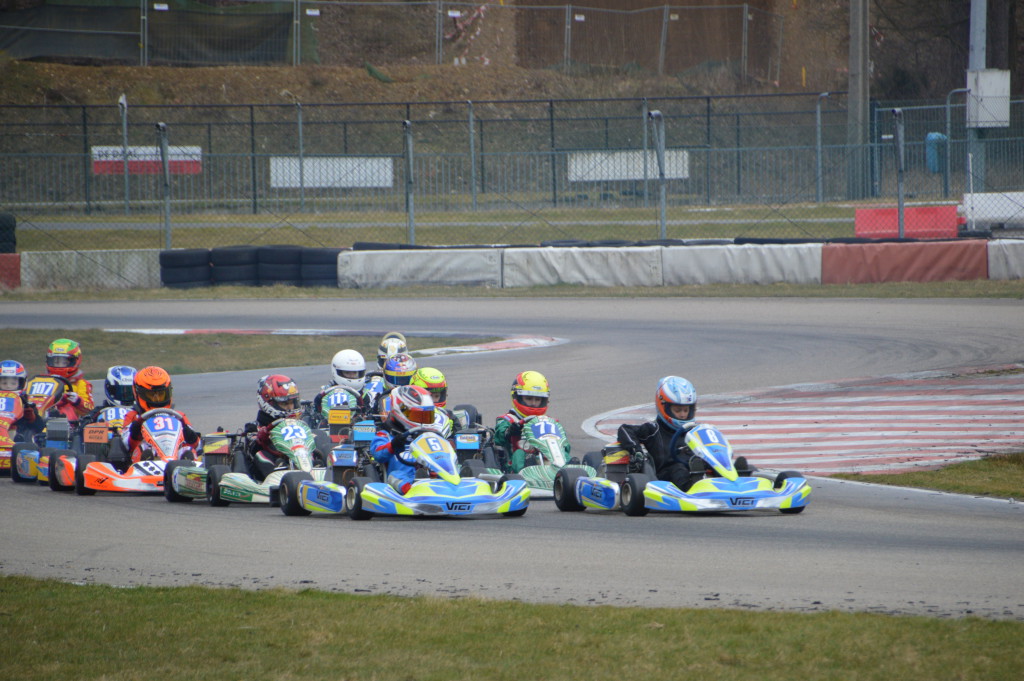 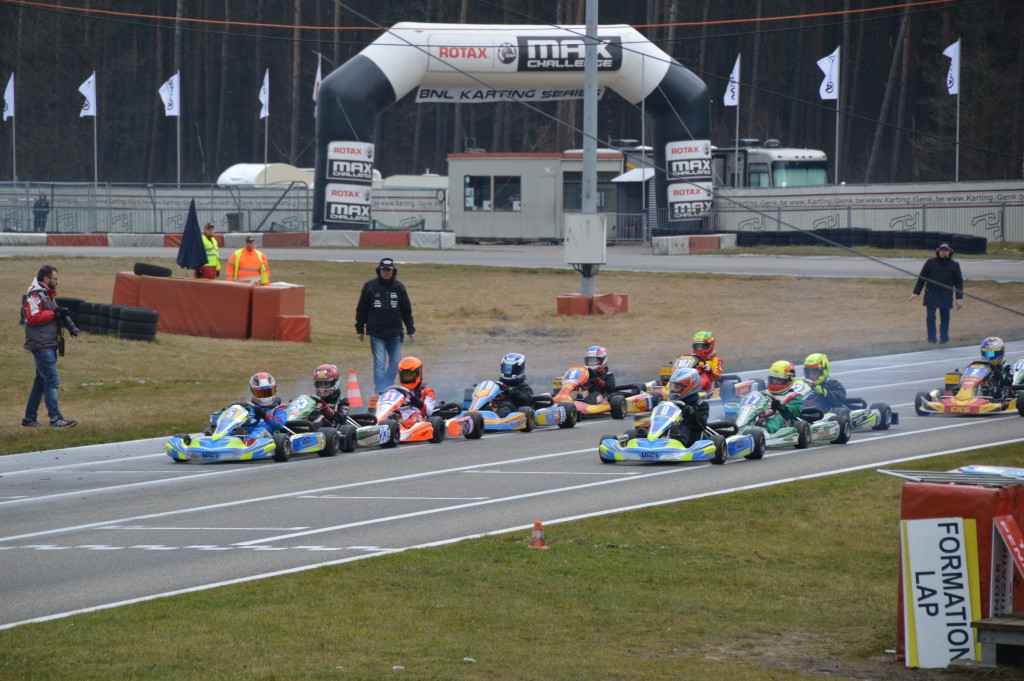 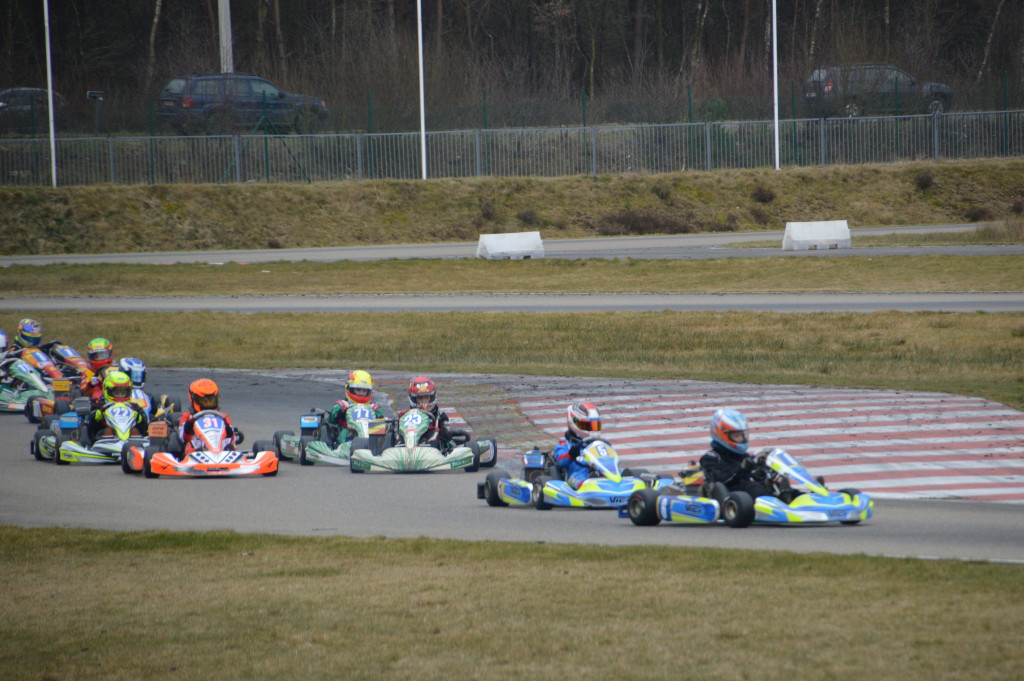 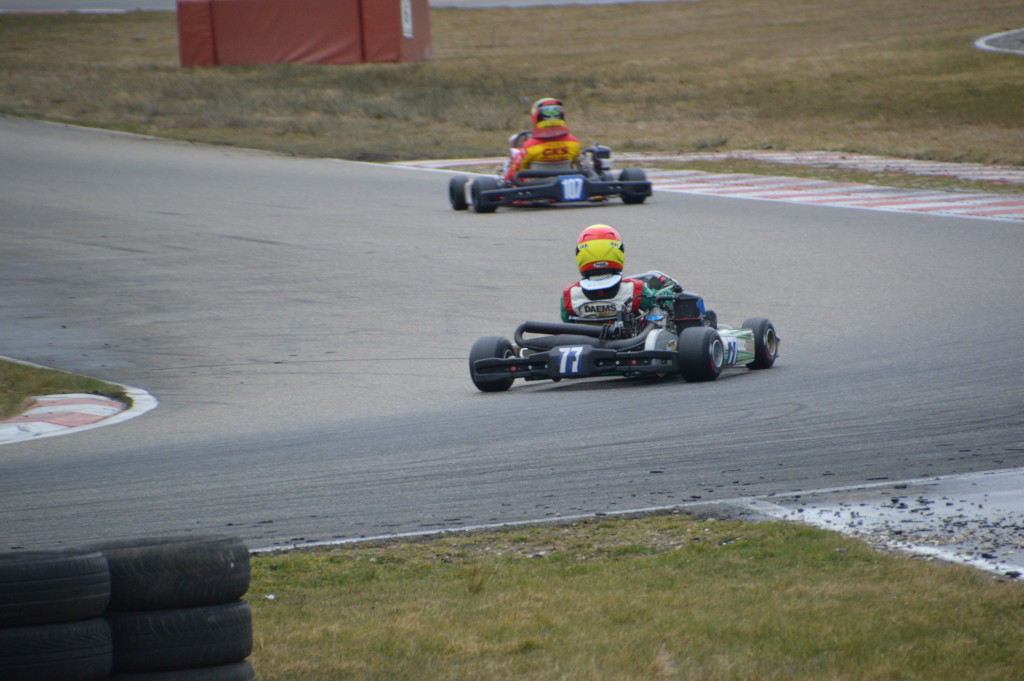 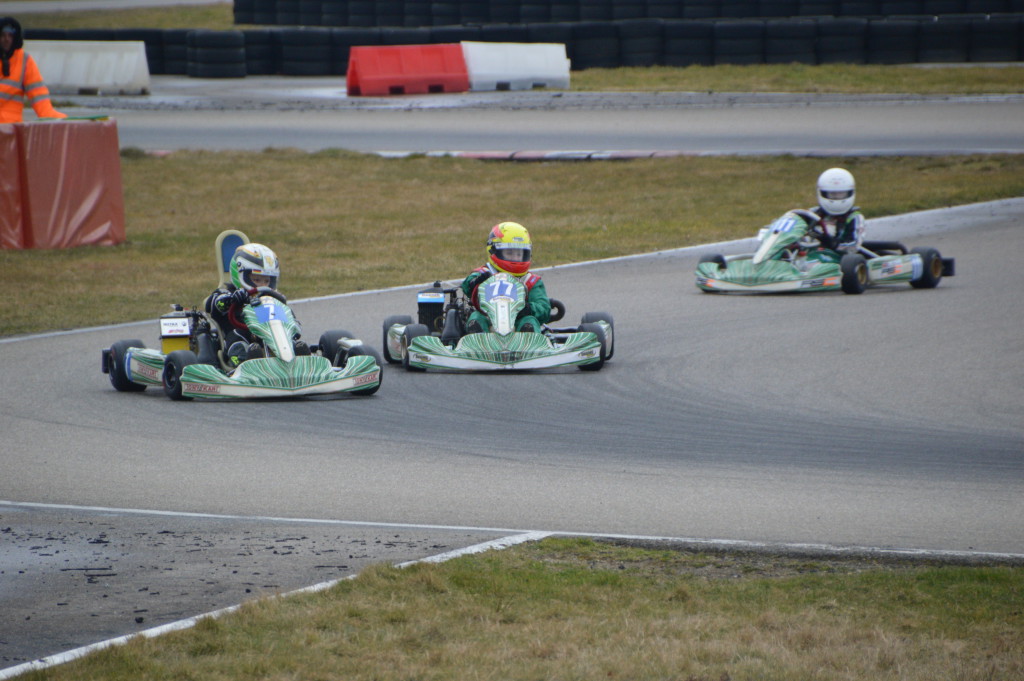 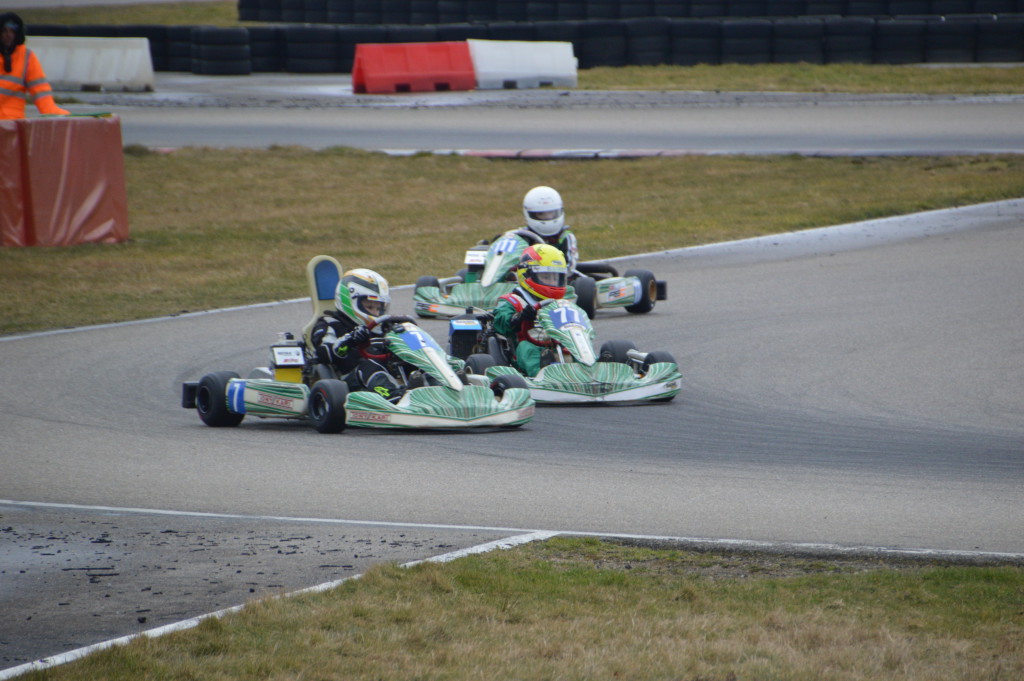 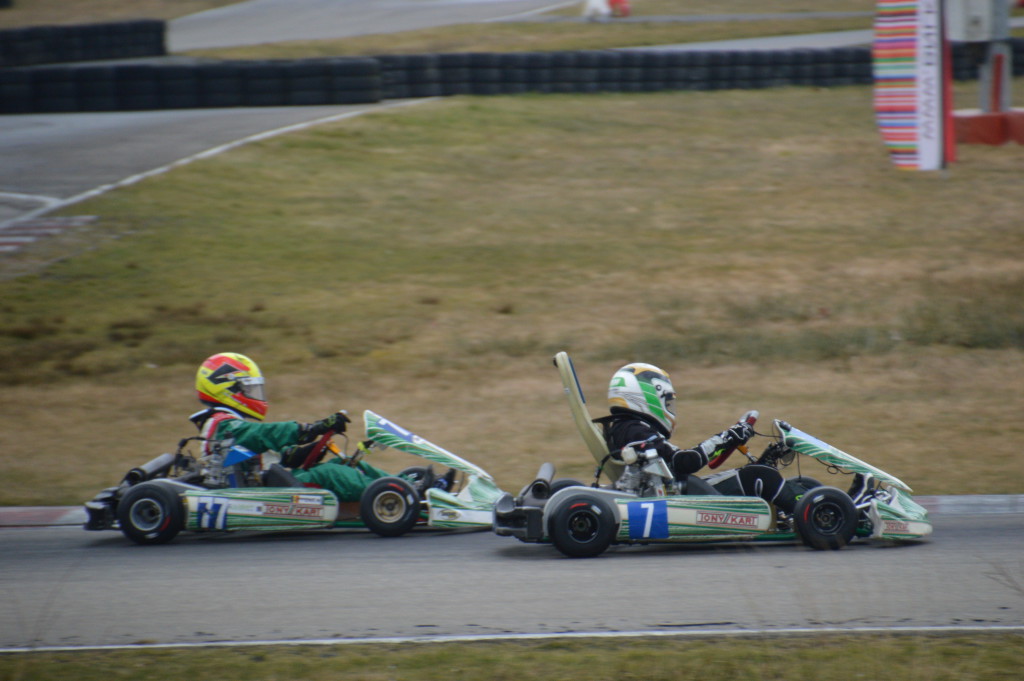