The official first race of the BNL championship took place at Genk, Nick started in the Senior Max class.

The field was well filled and there were 29 participants.

On Friday the focus was on the set-up of Nick’s new Tony Kart Chassis, and in the last session we  found the set-up on which Nick felt the kart how he liked it.  It helped Nick to set the fastest time on the track during the qualify session on Saturday, P1 in the first race is a super result!

In race 1 Nick’s start was OK but during the race he came in troubles because more experienced races made a lot of pressure on him.  In the last lap in the last curve Nick tried to fight back a position and ended beside the track, tis cost valuable positions and ended the race at P19.

In race 2 it was of cause difficult to move forward no one was willing to give up their positions and every one was battling for it, Nick could gain some places and ended 16that that race.

Day 2 Nick was able to set the 3th time on the table during the qualify session, even in a lap when he was overtaking a slower driver, it all happened in the final lap he had.  When coming out of his Kart Nick stated he was happy to overtake that driver otherwise it could have been pole again, and he didn’t want that pressure again,….

Race 1 Nick had a good start and could hold stand, but with a overtake action from one of the drivers Nick came in the dirt on the track, this cost again a few positions, however at the end of the race the gap was closed and came 6th over the finish, one driver had a bumper fearing and lost one place so Nick got ranked on the 5th position.

Race 2 Nick had a good start and could move up to P2,… it’s better to watch the movie at the link,

it was a very exciting race with P4 as result!

We would like to thank our team Deams Racing for the great engine our partners and sponsors AMK Steigerbouw C-Light Project bvba, Ddprints and all fans supporting Nick. Special thanks to Oswald for the nice pictures. 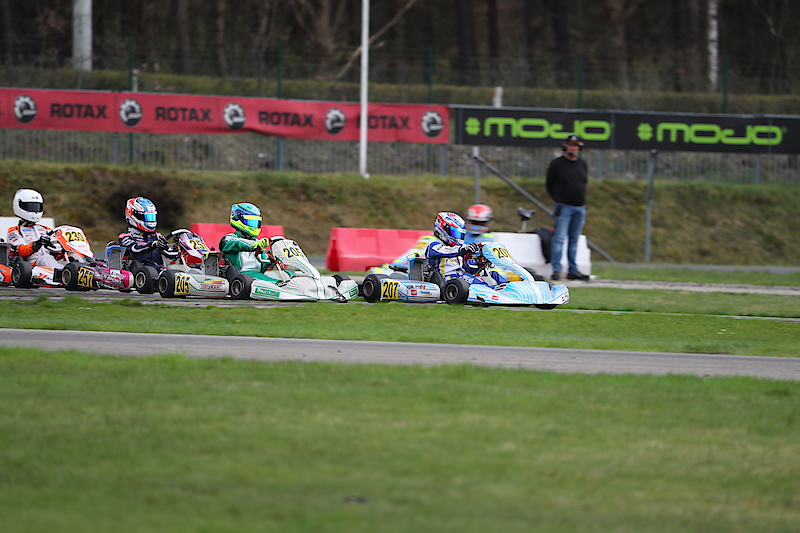 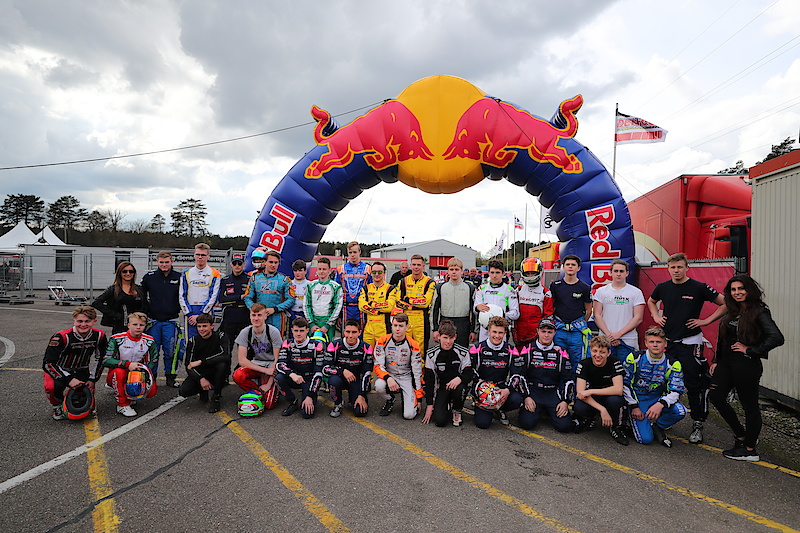 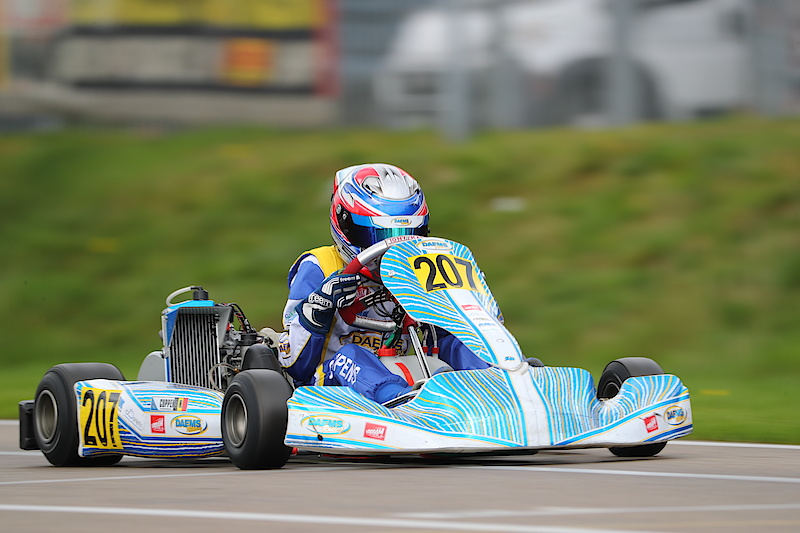 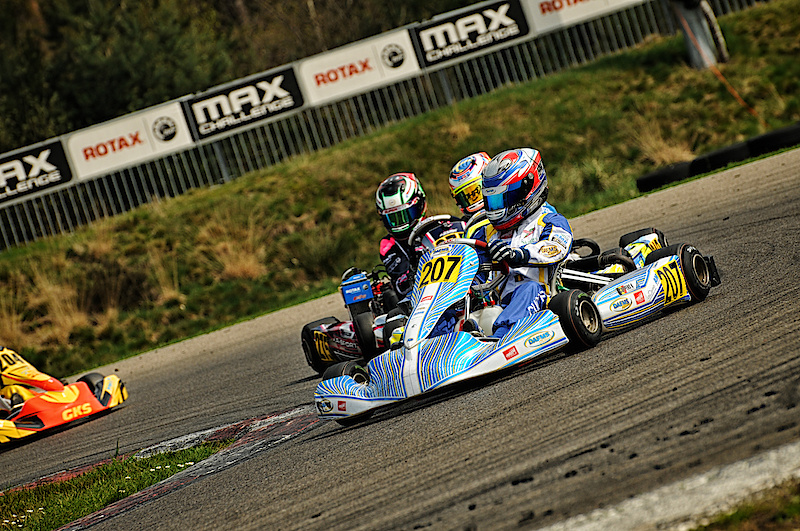 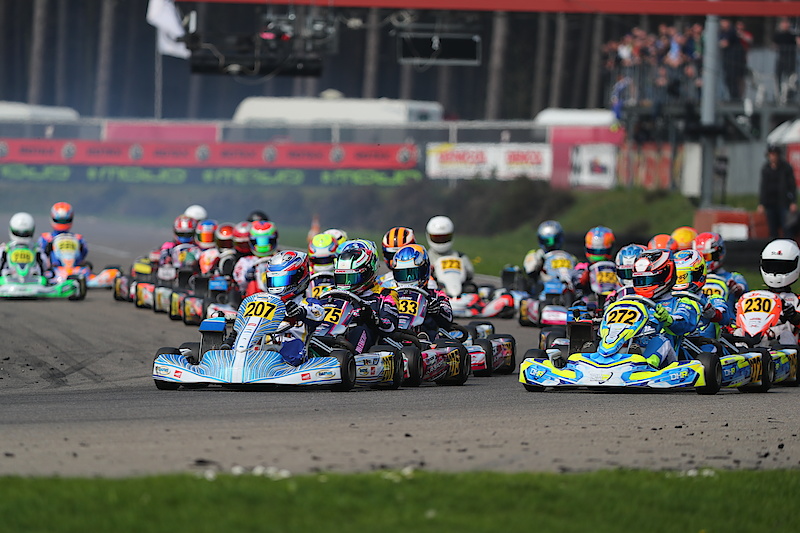 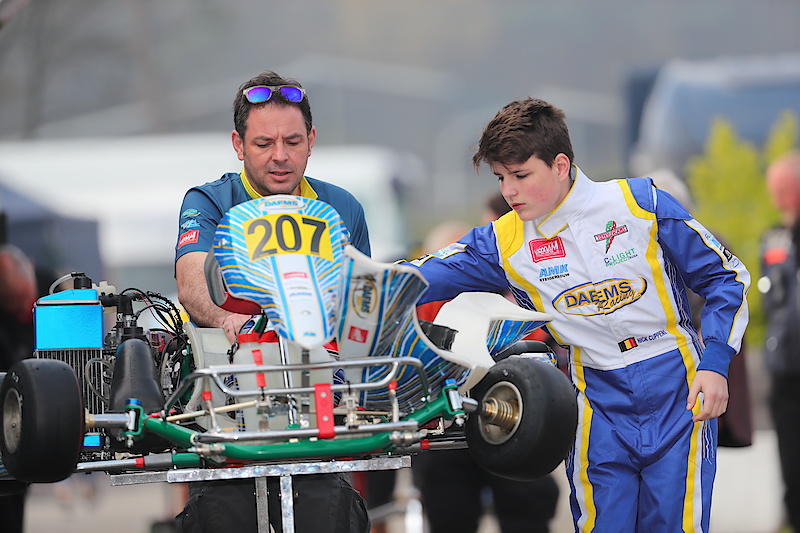 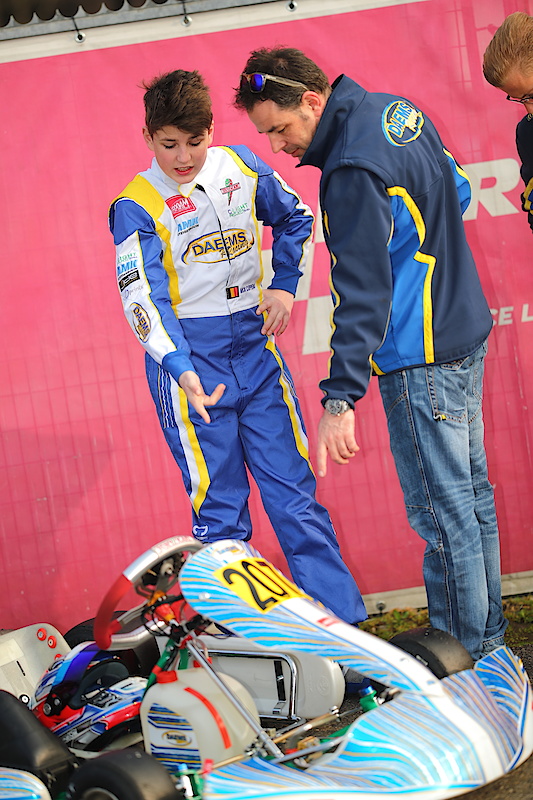 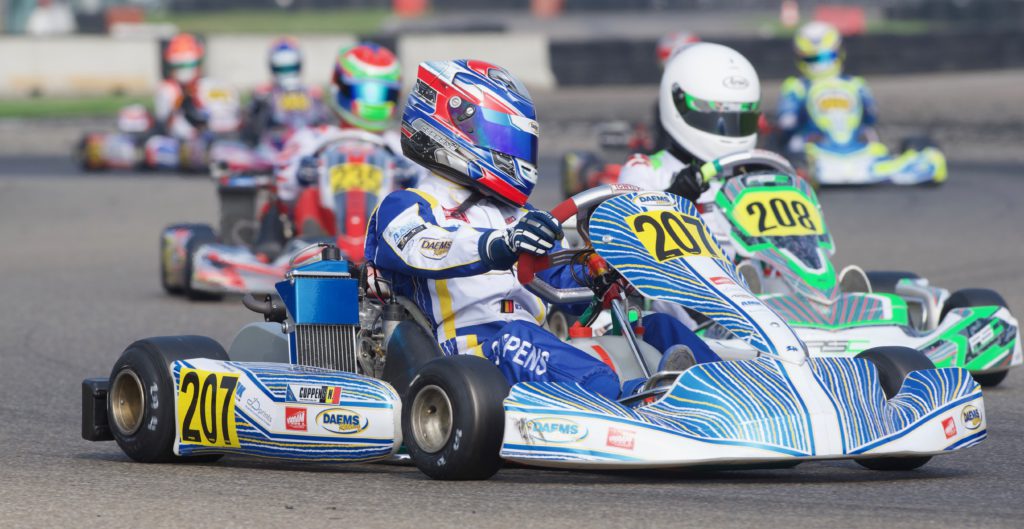 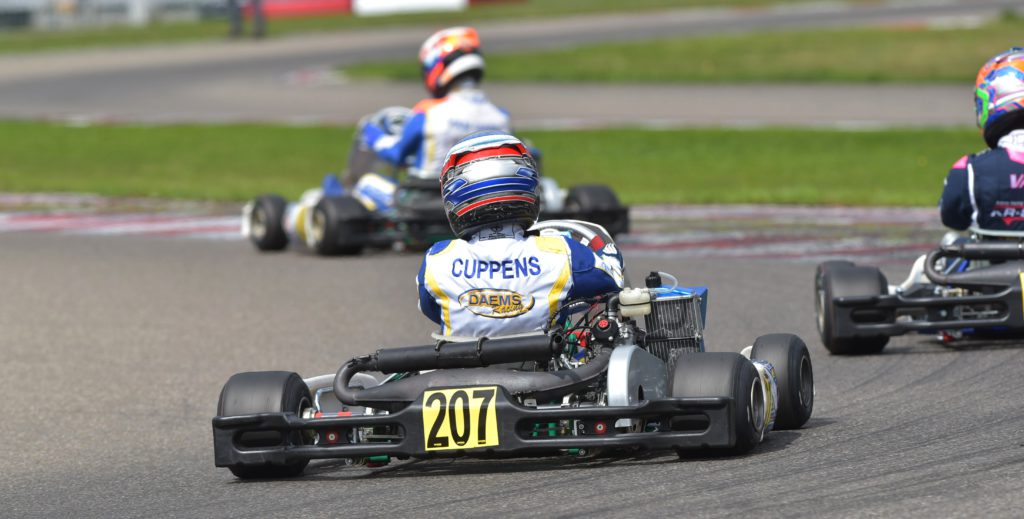