During the Euro Trophy Nick continued the good performance already shown from the BNL.  Nick was once again able to qualify on P1 from the 52 Rotax Max  Senior Pilots, this as one of the youngest participants in that class.

With this pole he could start from the best position in the heat races on Saturday which results in an overall ranking of P3 for the first final for Sunday.

During the warm-up Nick cold again demonstrate with only 3 laps how good he can handle the new D5 components of Mojo and put the second time on the used tires.

In race 1 Nick had a great start but during but could not hold the position, Nick had some interesting battles with the more experienced pilots but could bring at the end P5 home.

During the lunch break we had a heavy rain shower, but luckily the sun came out and the Juniors raced the track dry again.

From P5 Nick had a good start and could move up to P2 but in the second turn Nick was hit twice by drives who joined back the track, lots of drivers were hindered but Nick’s  axle and steering was damaged and Nick hardly could continue racing and lost positions and had to give-up the race before the end.

This unfortunate incident cost Nick’s opportunity to finish at the podium this weekend, however it was for sure a great experience and tastes for more,….

We would like to thanks Jan & Karel of Daems Race Team for the great support and super engine this weekend, Stein Menheere and Lars Lamborelle for their support during the weekend, thanks to the supporters at the track and following the event at home, my partners and sponsors Ddprints, AMK Stiegerbouw and C-light Project bvba.

Up to the next race event, hope to post soon more on that. 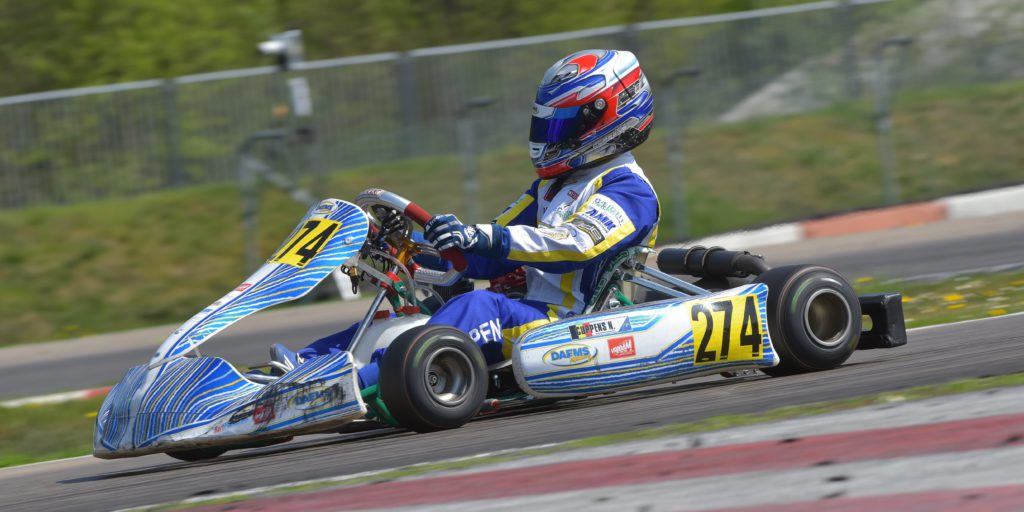 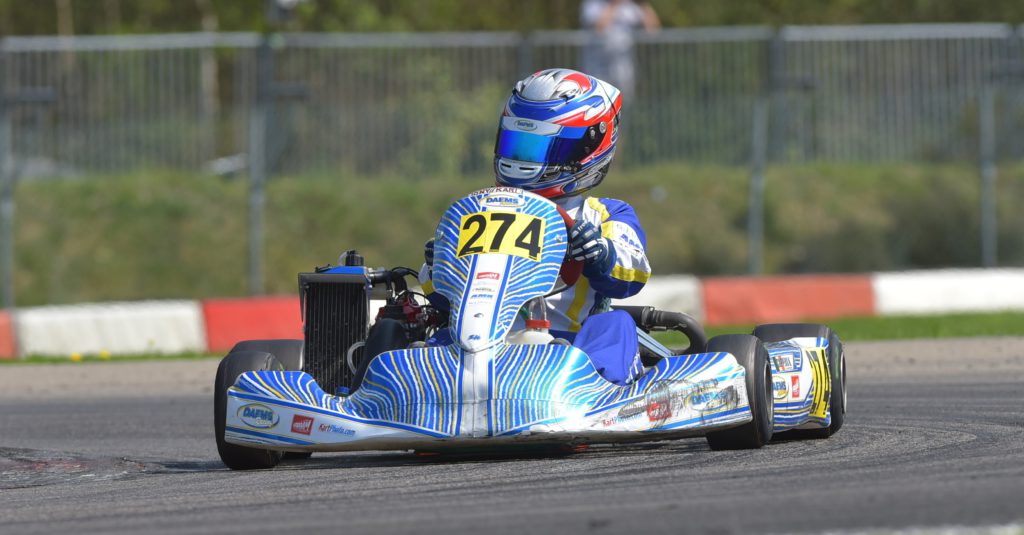 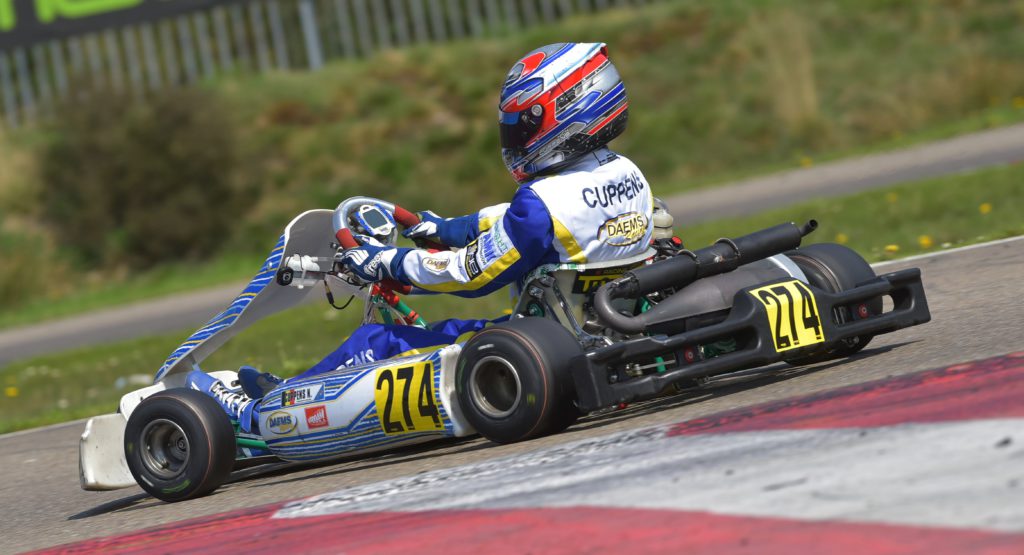 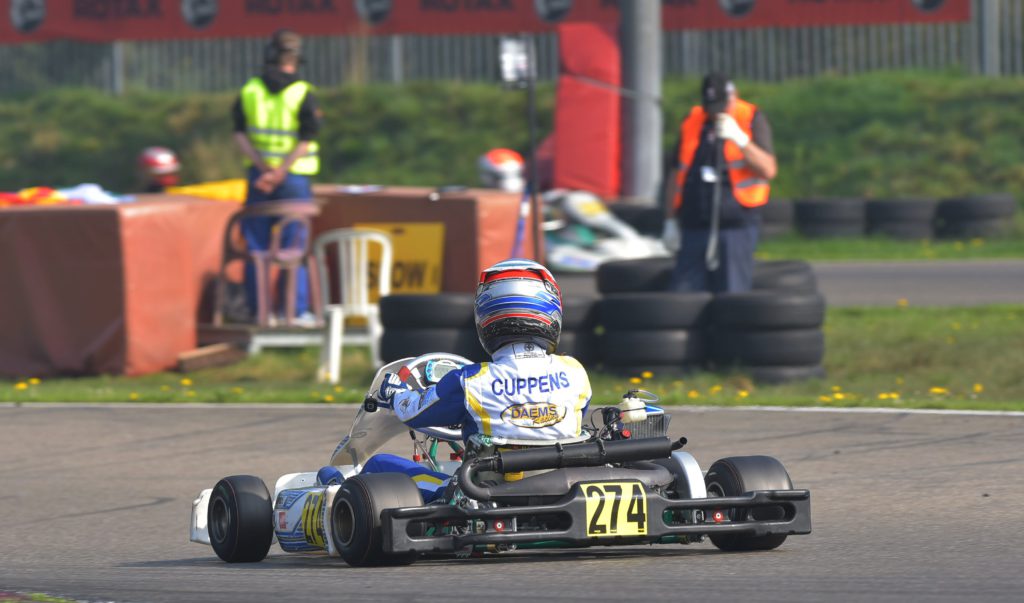