Next stop at the calendar was Ostricourt, not our favorite track, since we are always struggling in the North of France.

However this time it looked different during the training of Thursday and Friday morning, Nick was one of the quickest guys on track.  But Friday we started to struggle with a sliding kart, after checking the set-up we found out that the Chassis was broken.  We were able to weld it and Nick could continue showing his speed.

We desisted to weld the chassis completely in the evening  so we could continue racing that weekend.  But on Saturday morning we had rain in the free practice and qualify session, Nick was still complaining about his chassis, but because the conditions were different we could not say for 100% if the issue was still related to the issue with the chassis.

When the races started in dry conditions it became clear that we again had an issue with the chassis. Nick could only fight with his kart for the lower ranked positions.

So we had to build a new chassis on Saturday evening in order to start on Sunday.

This was a good choice, in the qualify sessions Nick was able to set the 3th position.

Just before race 1 we had a light rain shower, start was 10 minutes delayed, it stopped raining and  we took the risk to start on slicks, of cause at the start Nick was kicked back at the track.  Nick also struggled with finding the right race lines in the beginning of the race and lost valuable time, which he needed when the track was drying,…. So Nick finished 11th,….

Race 2 was a dry race and from P11 Nick worked his self-up to a great 3th position in the race.

So once again luck was not at our side in Ostricourt, let’s hope we are able being again in the front positions in Spa on August 05-06. 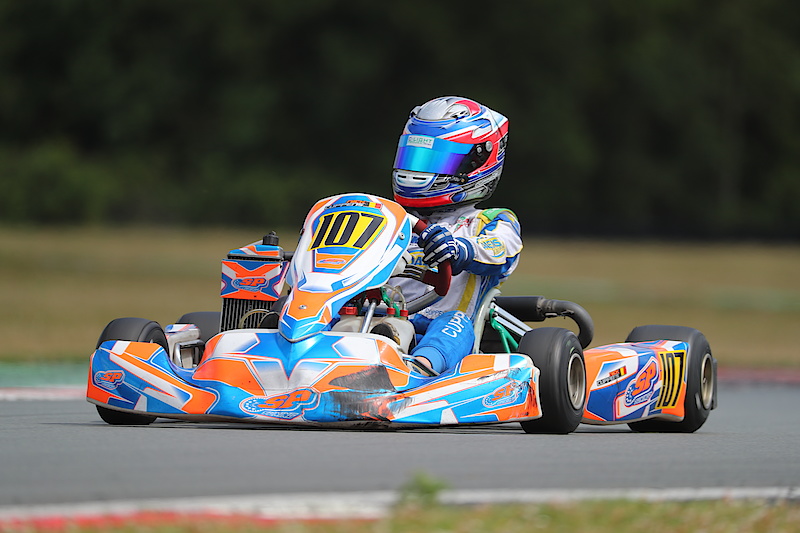 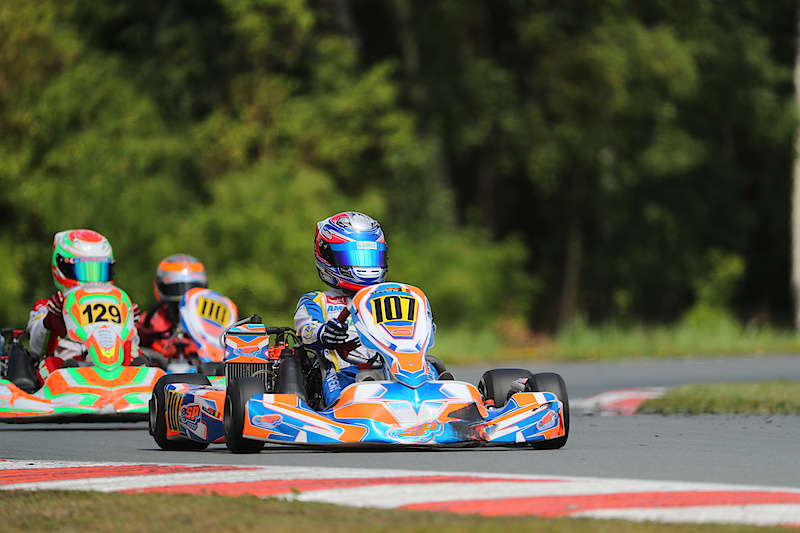 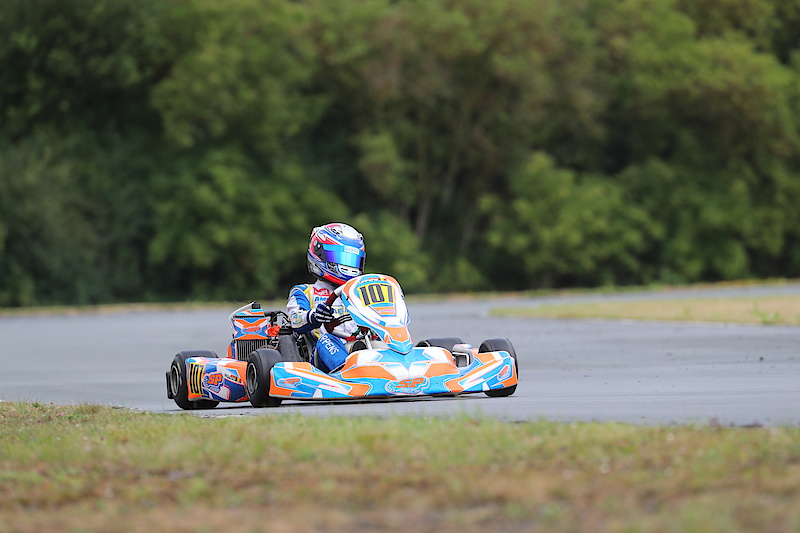 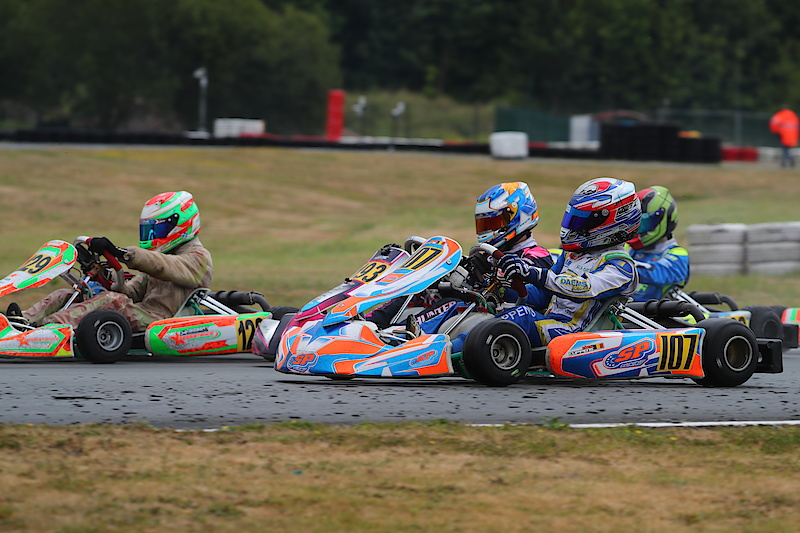