The 5th BMC was originally planned or Mariembourg but because of the low number of entries it has been moved to Genk, with the result that we had 13 Juniors at the start.

During the qualify session Nick missed the pole by just 0,022sec to team mate Kobe Pauwels, Nick had a small mistake in his quickest lap and lost the total benefit of it.

Race 1
From P2 in the race is not the easiest job, but anyway it had to be done, the start was not perfect and Nick lost a few positions, but during the race the speed was that good (fastest on track) and Nick could move forward to the head of the field and in the final lap Nick tried to make a move in the last curve on Luca, but Luca defended well and went earlier on the brake, this time Nick was able to react on time but it’s taking out the speed and Nick had just not enough to pass Luca.

Race 2
Again from P2, Nick had a good start and took over the lead for the first 5 laps, but the field behind was able to follow and Nick changed position to take control of the race. Nick managed this very well and in the last lap he just took back the first position.

Race 3
Start from P1, the first 2 laps Nick was able to keep the first place, but the speed of the guys at the front was this weekend very close to each other, and the next 4 laps there were a lot position changes, of which the other guys behind the top 3 could benefit to close the gap. Than Nick was involved in a incident in lap 9 and Nick was sent to the dirt on the track, Nick lost valuable positions during that phase of the race, finally Nick was able to recover 1 place, and going back to P4 but the gap to the top was too big to get it closed in the remaining laps of the race.

The races were very exciting and was one of the nicest during the BMC championship 2017.
Many thanks to the complete Deams Racing team, the partners AMK Steigerbouw, dDprints, JDE, C-Light Project and Nick’s supporters.
Thanks to Oswald Paret for the photos.

Up to the next race Euromax in Castaletto from 20-09 to 24-09. Races can be followed at following link
http://www.apex-timing.com/live-timing/rgmmc/index.html 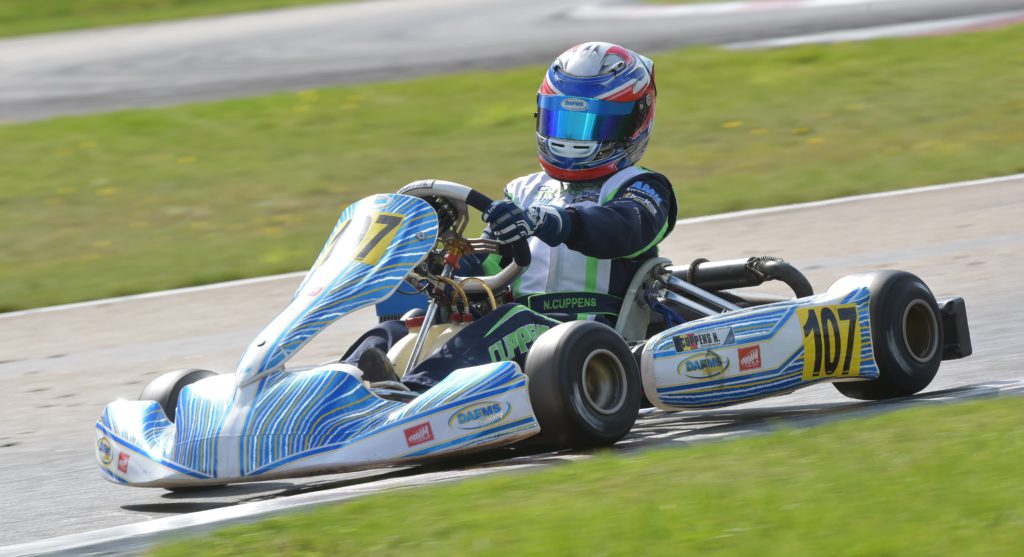